She would have been 11; a balloon release with a mom who grieves 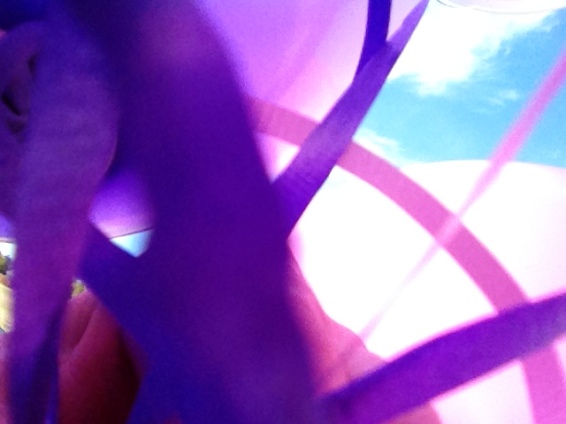 When she talks about her baby girl who died, she always looks away.

For my friend, it’s like the reality of a life lost more than a decade ago is still too much to look straight in the eye.

11 years is not enough time to heal this mother’s grief of a child lost.

I can’t imagine any amount of time ever would be.

I mean, yes, you keep moving. Yes, time passes and you keep breathing and living.

But to hear from mothers who have outlived their children, the theme seems to be common.

That hole, that void, it just … stays.

It may not be as close to the surface every day, but in the distance, it’s detectable. Unmistakable. A familiar part of them, like their heartbeats.

I can relate. I know grief well. Maybe not this grief, but grief just the same.

Little Ravin Nicole would have been 11 last week, and it’s hard not to think of all she missed when a delivery complication took her life before her mother could ever hold her in her arms.
There was no first smile, first steps, or first day of school. There will be no slumber parties or first kiss or high school graduation. No babies of her own.

It’s so sad that there are just no words to say.

I think that’s why the Bible tells us not to try to sugar coat these hard moments by forcing out awkward words of encouragement just to fill the space of silent hurt.

Proverbs 25:20 says it better than me: “Like one who takes away a garment on a cold day, or like vinegar poured on a wound, is one who sings songs to a heavy heart.”

So rather than try to come up with words, the thing I am wired to do best in most any situation, I just showed up.

I knew she would be alone, so I just showed up.

I picked up another friend, and we brought 11 balloons – five pink and six purple with shimmery ribbons just like little Ravin Nicole would probably have loved at her 11th birthday party.

We met at a nearby park, likely the one she would have played at – the one her little sister does now. 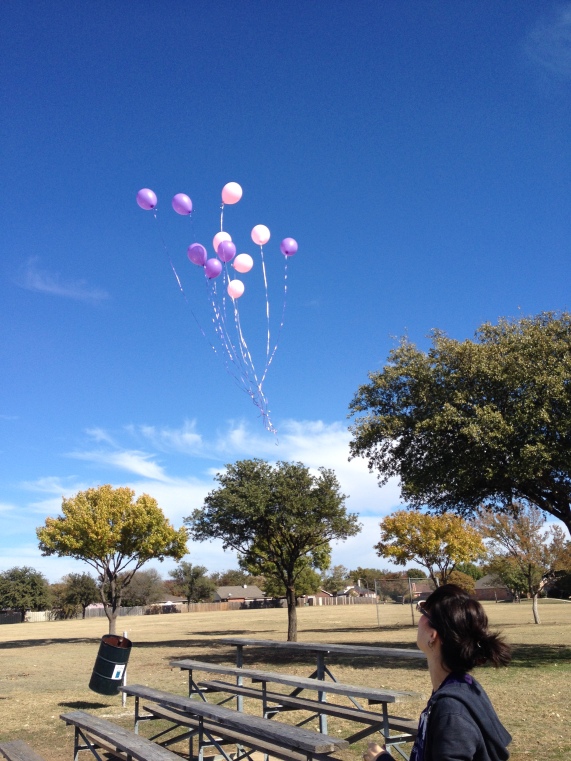 We thanked God that this momma got the time she had with her little girl, safe in her womb, the kicks and flutters she got to feel and the love that rushed over her as an expectant mom. We thanked God that little Ravin won’t ever know the cruelty and sadness of this world but instead will know only the love and warmth of heaven and her heavenly Father.

And then my friend opened her hand and let go of the pink and purple balloons.

I can’t imagine how many times she’s had to open her hand and let go in the last 11 years.

We told our little ones that we were sending the balloons to heaven for Ravin.

We watched the wind take them up more quickly than we expected, and the long, shimmering ribbon reflected the light of the sun in such a remarkable way. You couldn’t help but watch for as long as possible. The further they got away, the more they looked like dancing stars.

It wasn’t much, but it mattered.

Our words were few but it wasn’t words this momma needed.

It’s interesting that when we think of communication, we tend to think immediately of words.

But I’m reminded of this famous Maya Angelou quote:

www.backyardmissionary.net
View all posts by Melissa Smith »
« Let’s have a play date – intentional living in my backyard
Dealing with a bully; accountability is love »

2 thoughts on “She would have been 11; a balloon release with a mom who grieves”